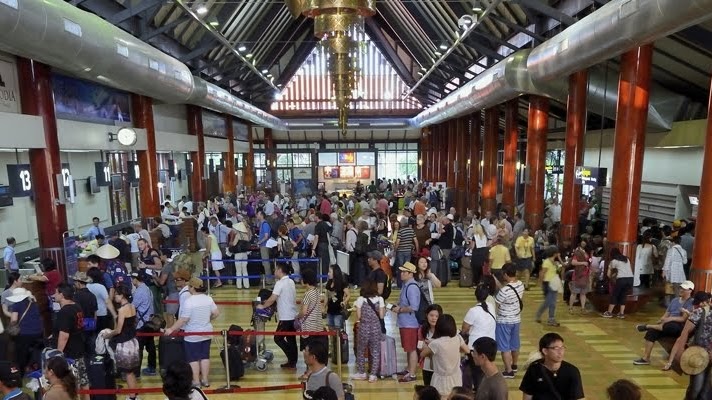 The Cambodian government has plans to replace the airport with a new one, 60 km from Siem Reap.

As of 2008, extensions to the airport's apron and parking areas are taking place. Air Traffic Control is provided by CATS (Cambodia Air Traffic Services), with full approach and aerodrome VHF facilities being housed in the control tower, between the fire station and the domestic terminal. Area control is still provided from CATS Centre in Phnom Penh (Pochentong) VHF frequencies used at Siem Reab are: Tower: 118.000 MHz (AM) Approach: 124.300 MHz (AM) ACC (FIR): 127.500 MHz (AM) Ground (apron): 121.750 MHz (AM) ATIS (WX): 129.950 MHz (AM) Tower - fire 3A: 143.750 MHz (FM) CATS are also responsible for clearing takeoffs and landings of tourist helicopters from the "Big Balloon" site, 3 km away, near Angkor Wat. Both Helicopters Cambodia and Sokha Helicopters operate from the airport, with Sokha mainly operating from the Big Yellow Balloon site. The airport itself is located some 6 km outside Siem Reap, just off National Route 6 north. Runway alignments are 23 & 05, with only 23 being used for takeoff, due to flight restrictions over Angkor temple.

Passengers and aircraft movements as of 2013:

Get these at Amazon.com

* amzn.to is official short URL for Amazon.com, provided by Bitly

Source of the article : here